Altamura, famous in and in the world, for the production of a typical bread, lies Between Puglia and Basilicata, at about 40 km to Bari and 19 from Matera. It’s a traditional agricultural centre: in fact, its land, favoured by climatic and morphological conditions, is naturally in favour of the cultivation of the wheat, becoming one of the most important centre of the wheat transformation. Altamura, is included in the “Alta Murgia National Park” which, together with Pulo (a sinkhole), are two protected areas. The ancient part of the city is made up of little streets and “claustri”. In the village there is the “Cathedral of Frederick”, one of the most famous Romanesque examples of the thirteenth century. 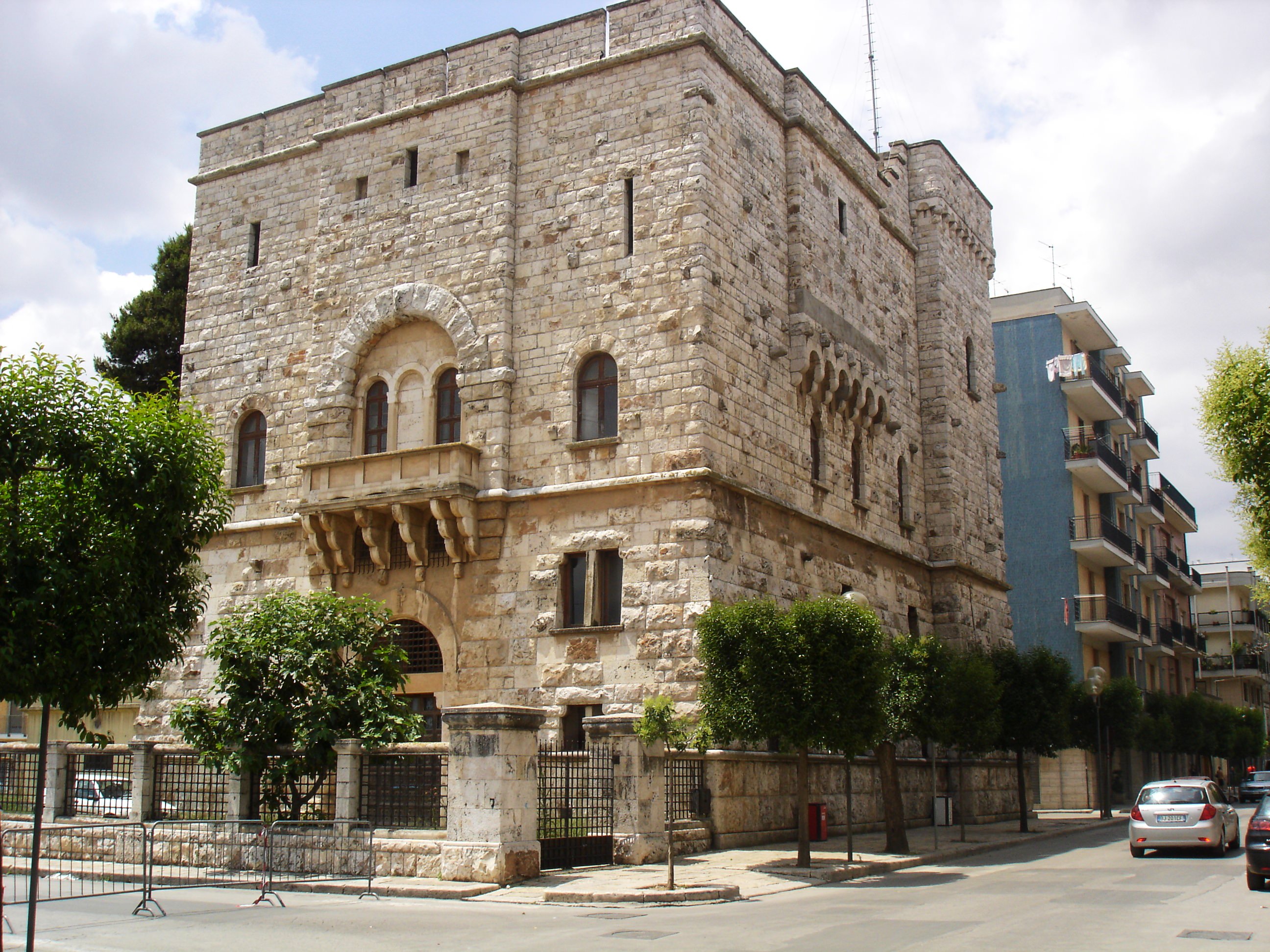 We want also to remember the world-famous archaeological finds: “The Man of Altamura” (the only skeleton in the world of “Homo Arcaicus”), the quarry of dinosaurs (in which there are the marks of the dinosaurs). For these finds, Italy candidates Altamura to become one site of the World Heritage by Unesco.

Frederick II, the emperor of the Roman Empire, was the founder of the Cathedral, which is consecrated to Maria Assunta of Gravina. It’s a typical Romanesque Church, similar to the Basilica of San Nicola, but the Cathedral has been realized with the clear language of the Gothic style of Frederick II, which is characterized by crystal shapes and refined decorum with oriental taste. The northern portal was realized during the time of the sovereign, instead the second tower, the area of the altar and the actual sacristy were added in the first half of the sixteenth century. The loggia between the two church-steeples with the statues of the Virgin between Pietro and Paolo, the terminal of the towers and the covering with marble were realized in the 1700. An ancient legend says that Frederick II hid a treasure in one of the pillars of the church. It would have been used for the reconstruction of the Church in case of distruction. 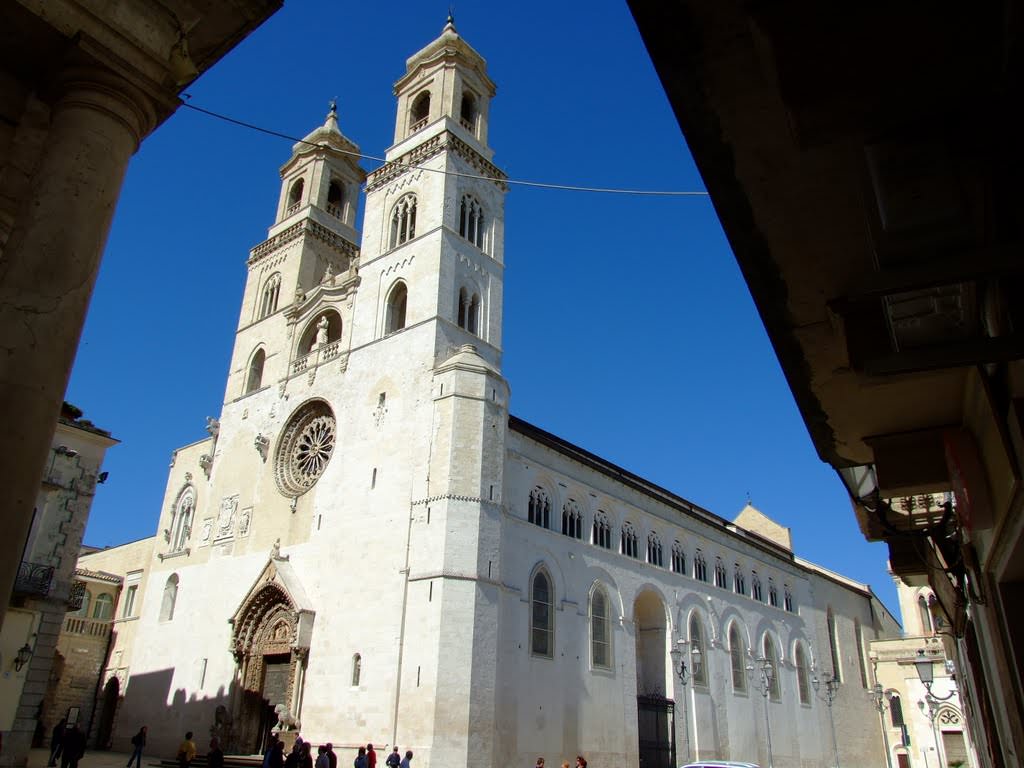 The “Claustri” are typical little squares which open on the main streets of the historic centre. The local name is “gnostre” and they are unique in the popular architecture. There are 80 claustri and they represent the aggregation of familiar and ethnic groups. Their conformation had both social and defensive function: they were a trap for the enemies, who would have been imprisoned and hit by stones, after entering the city walls. There are two kinds of Claustri: the Greek one, which is round with a tree or a well in the centre, and the Arabic one, which is long and narrow, with a well for the rain water at the end.

In 1999 thirty thousand dinosaur’s tracks were found in the Pontrelli area: they are as famous as the Dinosaur Quarry. The importance of this find (this is the richest and most important area in Europe and maybe in the world) consists in the high biodiversity which characterized the individuals who were in the same place at the same time. The tracks date back to “high Cretacico”, between 70 and 80 million years ago, when the climate in Apulia was tropical and they reveal the presence of two hundred animals, which belong to five different groups of dinosaurs, herbivorous and carnivorous. 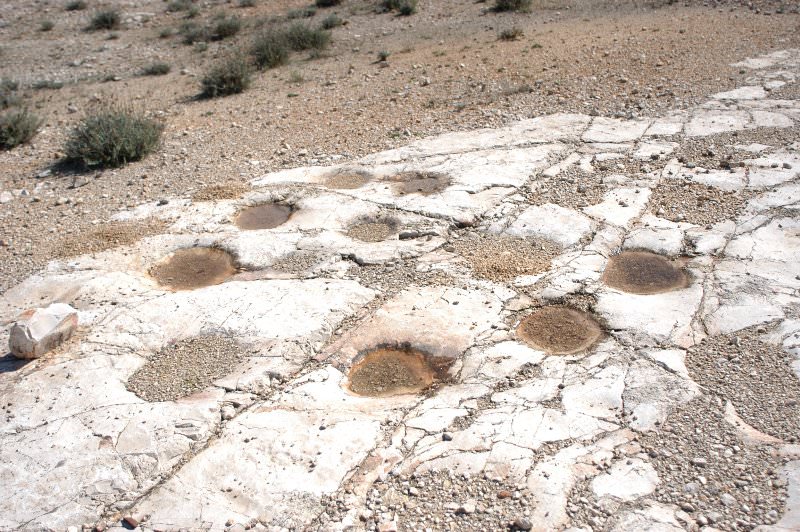 The Man of Altamura

On 7th October 1993, “The Man of Altamura” was discovered, this is the only intact skeleton which belongs to middle-inferior Paleolithic. The find, discovered in the cave of Lamalunga, represent one of the most important paleontological finds, because the state of preservation, the integrity of the find, the absence of deformation, and the presence of the skull represent a good occasion for knowing and defining the mechanism of evolution which took to the European population and Neanderthal cycle. 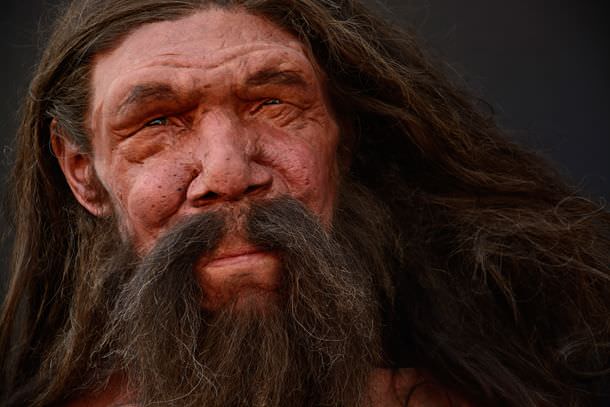 The Pulo of Altamura

In the North of the Murgia, near the cave of Lamalunga, there is a sinkhole: The Pulo of Altamura. This is the bigger sinkhole of the Murgia, 550 meters large and 95 meters deep. It has a wall steep but grassy, with a strict pathway which arrives till the bottom. In the bottom there is a fertile land cultivated and there are some caves in a rocky wall. The handywork found gives evidence that the caves were populated in the Paleolithic. 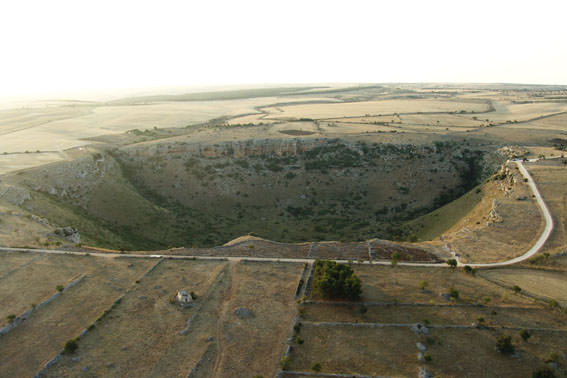